Deutsche Bank's ex-head of global commodities trading on moving to the country, and how much "tech" you need to know really 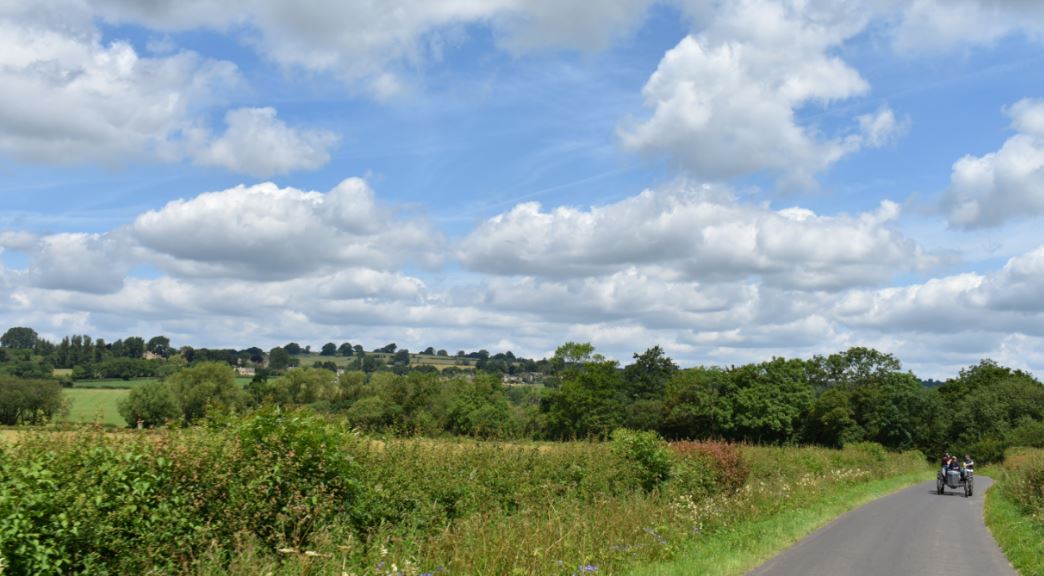 If you're a trader in an investment bank and you're thinking of moving out of the city and into the countryside after the lockdown, Rich Jefferson, Deutsche's ex-head of global commodities trading, could be your role model. Jefferson's been living in the English countryside for five years already, and he has the sort of technology-focused post-finance portfolio career most ex-traders would probably aspire to.

Jefferson spent 18 years at Deutsche Bank in London after leaving the University of Cambridge in 1994. Before he left in 2015, he was running commodities trading operations for the bank globally, with all the stress and travel that entails. Today, Jefferson lives in a village near Malmesbury, an historic Cotswolds market town two hours from London. He works four days a week and spends the other days with his family.

Before you transplant yourself from a city to a cowshed, Jefferson reccomends sampling country life first. “When I was at Deutsche Bank we were spending weekends in the countryside in the area where we live now,” he says. Jefferson's village is big enough to house other ex-Deutsche Bank colleagues (who live nearby), but small enough to get to know all kinds of people. “It’s an interesting village – there's a good mix of City and engineering professionals, plus farmers, equestrians, engineers and builders,” he adds.

Finding a job in commodities trading in an investment bank isn't as easy as it used to be. - Deutsche Bank closed its business and Barclays, Credit Suisse and SocGen have all pulled back from commodities trading in recent years. However, Jefferson says he had no intention of going back into a major bank anyway. “When I left Deutsche Bank, I spent some time thinking about the things I didn’t want to do," he says. "They included the daily commute, and working for a large organization. – However, I did want to remain connected to finance and the world that I knew."

For Jefferson, remaining connected has meant two board positions, mentoring at Bath University and working as chief financial officer for Beacon, the fintech start-up that provides a platform not dissimilar to Goldman Sachs' SecDB.  “Beacon is about democratizing Wall Street by providing tools upon which firms can build their own risk management and pricing systems," says Jefferson." It’s a toolkit that can be used to create something unique to each client, without having to go through the groundwork of building an inhouse system. ”

Beacon has been hiring both engineers and technical support people, and client engagement and solutions professionals. Around a dozen people have been onboarded so far this year, including during the pandemic. “Beacon has found the lockdown a good opportunity to expand and to hire," says Jefferson. "As a company we’ve been very well set-up to work from home.”

Recruitment is likely to be ongoing as Beacon continues to expand. While engineering jobs clearly require a strong technical skillset, Jefferson says there's an ongoing debate about how technical you need to be to work in a more sales-oriented solutions role. “Our solutions professionals are technical, but not as technical as developers," he says. "They are fairly unique sorts of people who understand the business and understand the quantitative underpinnings and technology.”

Jefferson himself doesn't code but knows enough about coding to be able to help create products that make traders' lives easier. “I am a maths graduate and I was a structured derivatives and complex derivatives trader," he says. "I know my way around a spreadsheet and a formula and I have always used technology to either enable better risk management and dissemination of pricing, or to facilitate better understanding of risk. I can read code, and understand it, but I don’t code myself. – I think more about the use case of code, what I would want if I were still trading, what regulators are demanding, and how technology can facilitate that.”

Rather than rushing out to learn coding, other senior traders might want to consider whether they could do the same.

Photo by James Homans on Unsplash