Ex-JPMorgan banker is the scourge of historic slave-owning families 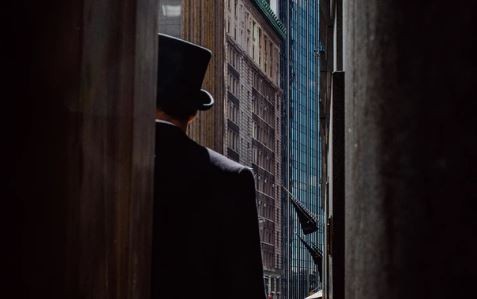 If you were to assemble a backstory for an archetypal individual most likely to cause apprehension in some of Britain's oldest and wealthiest families, you probably wouldn't choose a Cambridge-educated former investment banker who rose to become the European co-head of M&A at JPMorgan. Sometimes, however, people do unlikely things.

As Britain's slave trading past rises to the surface and as awareness of the enormous sums paid by the British Treasury to compensate slave owners percolates, a database assembled by a former JPMorgan banker is receiving renewed attention.

Nick Draper spent 21 years at JPMorgan and was co-head of European M&A at the U.S. bank until 2000, when he became chairman of M&A in Europe. Two years later he became a part time senior advisor to the bank's European executive committee while studying for a masters. Draper then left banking altogether and embarked upon a PhD based on analysis of the Slave Compensation records. From 2009, he and a team of academics digitalized those records as the 'Legacies of British Slave Owning' database. The database allows users to search for family names and displays the associated amounts paid by the British government in 1835 to compensate individuals for slaves who were freed.

Draper spent 2016-2019 as the director of the Centre for the Study of the Legacies of British Slave-ownership at University College London, and is now retired. He declined to comment for this article, saying that the story today is not about him. His work, however, stands for itself and has already prompted some banking and City names listed on the database to issue apologies.

In an interview last year, Draper said that as he studied slavery it became a "primary objective" for him to record the slave owners' compensation data, "in a form that would be accessible to everybody.”

"I wanted to make it impossible for historians...to write histories of Britain in the 18th and 19th century without engaging in some way with slavery," said Draper. "...– To force it onto the table as something that couldn’t be disavowed with silence.”

Draper, who has also written books on slave owners' compensation and papers on the links between capitalism and slavery and the City of London and slavery, said that he had no compunction about revealing his previous career in banking: “I have always disclosed the banking background, not as a badge of honour or shame, but because I think it is pertinent for people to know that I have benefited from a particular system." He also explained that as an M&A banker he had been involved in advising individual companies about their "trajectories and combinations" and working in a "micro" level, rather than engaging with "banking as a system."

Photo by Clem Onojeghuo on Unsplash