Morning Coffee: All that remains now is not to screw up in the fourth quarter. David Solomon's zen lockdown 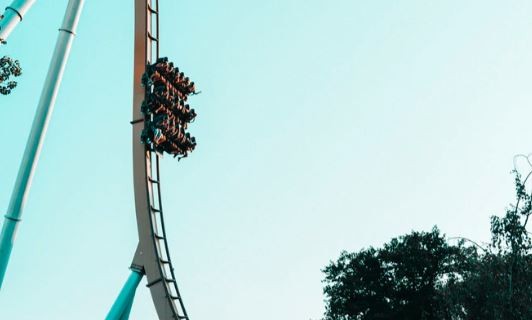 So near, and yet so far. When CEOs and CFOs of U.S. investment banks stood up at last week's Barclays Global Financial Services Conference and gave their summations of performance in the third quarter, it was all very upbeat for their sales and trading businesses. Bank of America said fixed income and equities trading were both likely to be up by between 5% and 10% year-on-year; JPMorgan said markets revenues were likely to be up 20%; Citi said trading revenues should be up in the 'low double digit range' this third quarter compared to last.

Coming on the back of two other excellent quarters, this is good news. Especially as the fourth quarter also looks like being exceptional for markets professionals: UBS salesman Brennan Hawke yesterday upgraded Goldman Sachs in the expectation that the firm will thrive on the volatility created by the U.S. election. This strength should provide a "bridge" to Q1 strength, said Hawke in a kind of channeling of Simon and Garfunkel.

It doesn't take a genius to see why Q4 holds potential: Goldman Sachs has itself said that volatility from the U.S. election could persist for at least a month. There's also the virus and - in the U.K. at least, Brexit looms large. Played right, this volatility could make traders a lot of money.

The danger, though, is that the fourth quarter volatility won't be played right. After an exhausting but rewarding year, some traders are warning of a combination complacency and fatigue. "The fourth quarter could be horrible," says one trader at Goldman Sachs. "Everyone is so far ahead of their budgets that's all that left for them to do is to screw it up."

It doesn't help that most people are suspicious they won't get paid for this year. Although trading profits have gone through the roof, many banks have made cautious noises about compensation in the face of potential large write downs from consumer lending businesses, plus there's now the issue of the $1bn spoofing fine at JPMorgan. At Barclays, where several managing directors left earlier this year, CEO Jes Staley declared ominously in May that, "Bankers do things not just for compensation," when questioned whether people would be paid proportionate to profits.

The upshot, say traders is that "cynicism is rampant" about the coming bonus round. "Nobody remotely thinks they're going to be treated fairly," says one. The implication is a kind of reckless complacency in the face of generationally volatile markets. The fourth quarter could be memorable.

Separately, we already know that Goldman Sachs CEO David Solomon had a chill lockdown. Solomon already said  how things like a two hour bike ride revitalized him when things were at their worst and in August the New York Times ran a long and admiring article of Solomon's leadership during the pandemic. "For me, it doesn’t seem right the C.E.O. of Goldman Sachs goes out to, you know, a country house, a suburb or some other place, and is not in charge, in the office, because that’s what we do,” Solomon was quoted as saying then.

Now Solomon has visited his lockdown experiences again. In a podcast interview this week, he said he spent every day in the office during the New York lockdown and that it felt more "comfortable" like that. "I’d bundle up and I’d walk to work, walk home sometimes, really quiet, really peaceful. There were only 60 out of 10,000 people in our building,” Solomon added, making the whole thing sound quite appealing.

At other firms, people alone in the office for months seem to be going stir crazy. Daniel Alpert, founding Managing Partner of Westwood Capital, recently tweeted that he'd been alone in his midtown Manhattan office since mid-June with one other colleague who happened to be his brother. "Building occupancy ~10%. Yesterday changed the toner by myself on the big copying machine. Can you do THAT, Jamie Dimon?! Ha!" It may be Solomon who rises to the challenge.

JPMorgan isn't bringing any more people back to its London offices, but people who are there already can stay put. It sent a memo to staff saying: “Whatever your established working pattern, you should continue to follow the direction you have been given by your management team and listen out for any potential changes. We will need to maintain a minimum combination of people from each of our businesses and support functions in the office.” (Bloomberg)

“We are telling staff that back to work doesn’t mean back to normal, get your head around it, things will be strange for a long time...We have people who desperately want to get back. The next few weeks will be increasingly difficult. My personal worry is that with the darker mornings and nights, working from home will become pretty miserable and cause a rise in mental health issues.”  (Financial Times)

SocGen is priced at just 18% of its book following the losses in its equity derivatives business.  “When you make too much money out of products like these, it’s not because you are more clever than others — it’s because you don’t see the risk.” (Financial Times)

Investors aren't so sure about HSBC any more. “The share price will hardly recover in the near term and there’s still room for a further decline...Hong Kong investors’ love for HSBC is still there, but it’s indeed heartbreaking. The times have changed.” (Bloomberg)

Banks may be moving capital to the EU but they still have most of it in London. JPMorgan, Citigroup., Morgan Stanley, Goldman Sachs Group and Bank of America had a combined $900 billion of risk-weighted assets in the U.K. versus about $200 billion in the EU in their last regulatory filings. (Bloomberg)

“Putting on your relaxation clothes or your ‘at home’ clothes, shifts your brain into, ‘I can relax now. I can shift gears. I don’t have to be operating at this high cognitive level’.” (WSJ)

Photo by Emil Widlund on Unsplash