Morning Coffee: The good and bad news about 2020 bonuses. Banks need to snoop on their traders a lot more. 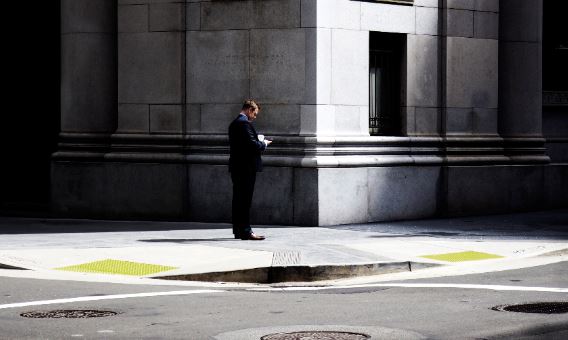 Traders of a certain age often have a post-it note attached to their computer screens with a reminder of how the arithmetic of percentages works – if some quantity falls by 40%, for example, then it has to rise by 67% to get back to its starting point.  It’s a reminder to avoid large losses, of course, but in a world where bonuses have been poor to terrible for several years, it may also serve as a reminder that if your total compensation is already 50% below its peak, a 20% increase on last year’s level for 2020 is not necessarily something to get excited about.

This could be a problem when bonuses for this year are announced. – As Michael Karp of recruiters Options Group says, “People who have taken compensation hits over the years are not going to see the increase they’re expecting … That’s where there will be a lot of discontent”.

For that reason, management teams, particularly on trading floors where expectations are riding high, will most likely be happy to see that the industry surveys remain cautious overall.  The widely followed Johnson Associates survey is looking for 15-20% increases in "incentive funding" for equities sales & trading and 25-30% for fixed income, with advisory bankers down 10-15% and underwriting staff up 15-20%.

It’s not so much the exact numbers that will have hiring managers sighing with relief as the tight five per cent ranges – they indicate that most of Wall Street is facing the same decisions. Rather than some firms paying-up in style and some cutting the bonus pool to stem losses elsewhere, everyone is planning to pay-up a little bit.  If this sort of picture holds out until the end of the year, then there might not be too much poaching of disgruntled rainmakers.  Or at least, not too much poaching between the big banks – it appears quite likely that hedge funds, despite having for the most part not had a banner year themselves, will be bidding hard for sell-side stars.

It’s a difficult situation for the banks.  On the one hand, they really can’t ignore the wider situation and pay out normal bonus pool ratios from completely abnormal revenues made in bizarre circumstances.  On the other hand, traders know intimately what their P&L has been, and if their personal share of it is going to be even smaller than past years, there’s no way to hide that.

This is where “expectation management” comes in. There are comparatively few people, even on trading floors, who move jobs just for money (let alone move to hedge funds, where the long term upside is hardly guaranteed).  People return calls from recruiters because they’re feeling unhappy or disrespected in their current post.  Therefore, what banks desperately need to do over the next four months is to explain the big picture and to communicate the message that the 2020 bonus season, although it’s bound to be a disappointment, isn’t meant as a personal slight.  A little bit of emotional intelligence could go a long way.

Elsewhere, we might be getting a bit of understanding about why (as noted yesterday) Goldman Sachs’ head of currencies had to work from the bathroom, as the only room in her house that had a lockable door.  Banks are being put on notice by the SEC in a scary-looking official risk alert that they have to be sure that their home-working employees are still under full compliance control, not giving away sensitive information and so on.

Since this is the sort of thing that’s more or less impossible to be completely sure of – there’s just no way of ensuring that someone doesn’t use their own mobile phone while in their own house, or at least no way that’s even slightly consistent with rudimentary principles of privacy – there is of course a growing market for computer systems that will provide a bit of reassurance, and which can be pointed to in order to demonstrate “we did our best” when the regulators come knocking.  So, according to a survey, 76% of banks expect to spend more money on software with artificial intelligence, big data, pattern matching and the like to try and capture “unusual employee behaviour”.  Quite what might count as “unusual” in a global pandemic (and the possibility that the software will ignore people who are so crooked that their behaviour isn’t unusual) is not specified.

More bad news in second tier European investment banking – ABN Amro is cutting 800 jobs as it shuts down corporate banking outside Europe.  It’s also another bank that has given up on commodity trade finance, after a spate of big credit losses in that market. (FT)

There’s nothing better for salaries and hiring than an ambitious new player determined to gain market share quickly, so the Australians are fortunate to have Jarden.  The New Zealand brokerage has taken big names from UBS and Goldman and is “renegotiating” its affiliation agreement with Credit Suisse (Euromoney)

If anything saves 2020 from being a dismal year for advisory bankers, it will be the pressure which companies are coming under to spin off underperforming business units. (Financial News)

He needs to take on the “bloated rung of vice-chairmen”, reform the bonus system, change the corporate culture and introduce some big technology projects.  Ralph Hamers might consider that whatever pay rise he got from moving to UBS, he’s earning it. (Finews)

Millennials are looking at the amount of rent they’re paying for house shares – which are now expected to be their workplaces as well – and moving back in with their parents.  Who can blame them? (FT)

What does Kamala Harris mean for bankers?  For Blair Effron of Centerview, it means that he’s backed a winner, but in general her selection as Joe Biden’s running mate seems to be good for Wall Street (Politico)

Advice for a Spanish investment banker who’s been laid off in the coronavirus crisis. (FT)

“Successful” psychopaths are those who have learned to control their impulsive and destructive behaviours and become “more self-disciplined and driven to achieve”.  (BPS Digest)

Photo by Marcus Lenk on Unsplash