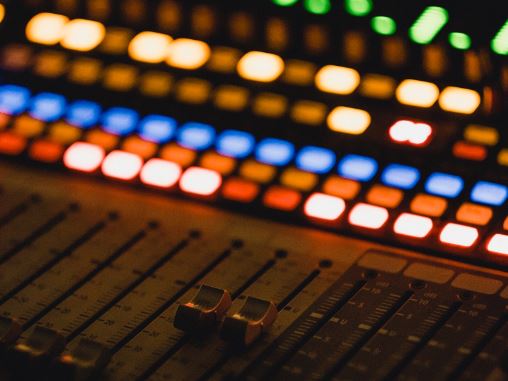 For a moment, it looked like Goldman Sachs CEO David Solomon might have to give up his hobby. After Solomon (Aka DJ D-Sol) DJ-ed at a Hamptons event in July which is being investigated for "egregious social distancing violations", people both inside and outside the firm lambasted him for what seemed like poor judgement.

"You decided to hold a concert within the middle of a pandemic that is disproportionately KILLING Black and Brown people throughout the U.S.," said a critic on D-Sol's Instagram page, while an ex-partner tweeted that were a "normal" partner managing director at Goldman to make a similar mistake it would not be forgiven. For a while, some insiders seemed to share the disappointment: "Most people here think it was a pretty bloody stupid thing to do," said one trader when the story broke.

Two weeks on, however, the storm has passed. And that in itself appears testament to Solomon's ability to work a (virtual) room.

"People are relaxed [about it] now," says another former partner. One trader said that although he'd thought the event was "reckless and irresponsible," Solomon had apologized for his mistake.

It's understood that Solomon made the apologies in previously arranged Zoom meetings with groups of senior staff. One managing director who attended one of the meetings said he was left with the impression that it was a totally understandable and justifable error. "It was a charity event for a good cause," he says. "He was asked to play, so he and his team did full due diligence and were promised that all distancing would be implemented. It was just that on the day some guests had a few drinks and didn't observe the distancing requirements as promised. It was a small risk, but ex ante one worth taking as it was for a charitable cause."

The support for Solomon comes after the New York Times published an article earlier this week looking at Solomon's leadership during the pandemic. Among other things it emphasized his decision to stay in New York and to work in the office at the peak of the infections. "For me, it doesn’t seem right the C.E.O. of Goldman Sachs goes out to, you know, a country house, a suburb or some other place, and is not in charge, in the office, because that’s what we do,” Solomon was quoted as saying in June.

One MD tells us Solomon is a risk taker, that he took a calculated risk with the Hamptons event in the same way that he takes calculated risks with other decisions that impact the firm more directly. "He was the one who stipulated that Goldman will only IPO companies with a minimum of two diverse board members," he says. "That was a brave and risky decision to take in the first year as CEO. He walks the walk and is held in high esteem here."

Even so, the fallout from the Hamptons event may dissuade Solomon from taking further DJ-ing risks in future. The NYT says Solomon plans to continue recording music but that he won't be playing at live events until further notice. Some Goldman directors have reportedly suggested he take up golf instead. Although Solomon's DJ alter ego has been widely seen as a humanizing influence popular with younger hires, one trader at the firm questioned why the CEO needs a sidegig anyway. "If you're making $28m a year, you can probably chillout about your hobbies," he suggested.

Photo by Sašo Tušar on Unsplash