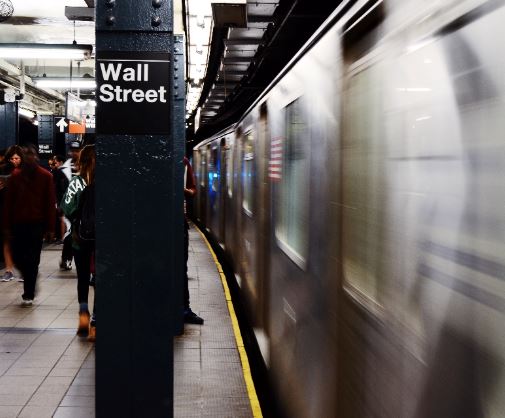 Most people don't want to use public transport

The coronavirus crisis is claiming traders, and not just because of losses at the large French banks. Bloomberg suggests that Fabrizio (Fab) Gallo is out of favor at Bank of America after a leaked conference call in April, in which he was heard berating staff for their unwillingness to work in the office.

Neither Bank of America nor Gallo appear to have commented for Bloomberg's article, so it's not clear whether they agree with the suggestions that Gallo, who heads equities trading, was overlooked in a recent round of BofA promotions that saw Jim Demare, the head of fixed income trading, promoted to become his boss and Soofian Zuberi, a subordinate, promoted to become his co-head. Ostensibly, though, it looks like a slight.

What did Gallo do wrong? Aside from the April conference call, in which he declared that traders work in "critical" functions, that they should be in the office if they want to be paid accordingly, and that saying, "I don't feel comfortable sorry" wasn't an acceptable reason for staying at home long term during the pandemic, Bloomberg suggests that Gallo may have achieved a longer term reputation for a "domineering" and "unnecessarily abrasive" style. That may not have made him friends now that he needs them. And then there was also the little of issue of what Bloomberg says was a $100m loss on some of BofA's EMEA equity derivative positions in the second quarter.

To borrow Jamie Dimon's phrase, it could all prove a tempest in a teapot. Gallo may happily work alongside Zuberi and report into Demare instead of Tom Montag. However, Bloomberg says the changes have promoted discussions about Gallo's future and 'how long he will remain at the bank.' At 54, Gallo isn't exactly ready to collect his pension but nor is it unheard for traders of his vintage to hit the retirement button. If he does, he will at least have time to indulge in what Bloomberg says is a passion for voracious reading. It will also be a reminder that banks today are keen to soften their cultures and to be seen to do the right thing: Bloomberg notes that just as Gallo was reprimanding staff for not coming in, BofA's official line was that it was “sparing no expense or consideration taking care of our people.” Curiously, Zuberi was also caught praising individual staff who came into the office whilst noting that Indian staff were so devoted as to actually sleep in their offices, but this doesn't appear to have stuck in quite the same way.

Separately, working outside of the office has sparked a new sensation in aspirational finance lifestyles: the high-end holiday/work home. The London Times reports that some New York bankers are paying $60k a month to lease homes in the Hamptons until November. It's not just the virus that's encouraging people to stay away: “How will they target civil unrest around election time?,” asks one banker's wife.

JPMorgan says more bond trading is happening electronically. Over the past two years, around 50% of trading in the U.S. Treasury market was carried out electronically. That figure surged to 70% in April and 77% in June. (Financial Times)

Natwest is understood to be ousting Scott Satriano, head of financial and risk solutions, Kieran Higgins, head of trading and flow sales, and Oliver Cooke, chief digital officer. (The Times)

Top Barclays' shareholder says comparisons with Deutsche Bank (and calls for Barclays to cut jobs like Deutsche Bank) are unfounded. "The recent results have demonstrated the benefits of the hybrid model of having investment banking as well as commercial, retail and cards, as clearly the investment bank has been doing well offsetting tougher times elsewhere." (Financial News)

Barclays is being 'probed' for spying on its own staff. (Reuters)

Goldman Sachs restated its second quarter earnings to reflect the $3.9 billion settlement it reached with the government of Malaysia. Instead of making $2.4 billion in profits, it now made just $373m. (Wall Street Journal)

Returning to the office after the virus: “It was like opening the lamest time capsule imaginable." One banking analyst rediscovered six dress shirts in a dry cleaning bag. Winter coats still hung on the backs of chairs. (Bloomberg)

If you want to be an academic economist now, you'll need to do a pre-doc. (Economist)

The Bank of England paid £2.3m ($3m) in settlement payments to former staff in 2019. Former information security staff received some of the payments. (Guardian)

Tail-end events are all that matter. Once you experience it, you’ll never think otherwise. (Collaborative Fund)

Photo by Martin Ceralde on Unsplash