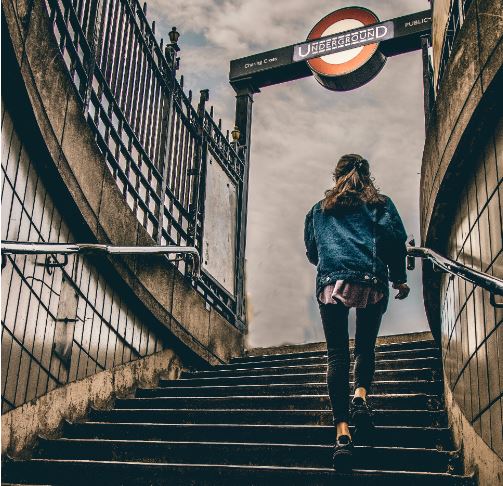 If you haven't heard of Lucy Puttergill, a (former) vice president of delta one sales at JPMorgan, you're late to the game. Puttergill is one of several high profile woman to leave banking this year. Last month, she wrote a viral Medium post explaining her reasons for quitting finance after a decade with nothing else to go to.

Puttergill, who began her career at Citi in 2011 after graduating with a first class degree from Bristol University, says she never really intended to go into banking, but, "very randomly" found herself in an interview with a big U.S. bank, "where they needed someone who spoke French."

So began a career where she says she was dogged by "imposter syndrome."

Puttergill says her worst moments were when a super-high achieving intern would come and shadow her. "I still don’t understand how they had all done so much, spring weeks, summer internships, masters in financial markets, quantitative strategy and other things I’d never heard of whilst also learning the violin, teaching children how to read, volunteering all over the world & learning to speak 7 languages," she says. "I would smile & nod and pretend as if I obviously had done exactly the same until they asked me how I got the job."

Ultimately, Puttergill says she felt like she never, "properly belonged," and that she only stayed in finance out of ,"a deeply rooted desire to prove that I wasn’t stupid." - "Banking, with its ‘high power’ label, gave me something to hide behind — my (flawed) rationale being that if I did an ‘impressive’ job, there was no way people would think I was stupid," she says.

However, Puttergill says she became increasingly unfulfilled. "The problem, was that the work itself, didn’t make me that happy — the bigger and more luxe life my ‘career woman’ box became, the emptier and emptier I felt." It didn't help that she wasn't in a relationship and that her "loved up friends" from outside of banking kept asking about the men in her life.

Puttergill says she tried palliating her lack of fulfillment by becoming a career woman. She also tried palliating it with shopping for clothes: "When the stuff arrived, all I felt was guilt & that little pang of emptiness, so off I went to buy something else."

Ultimately, she realized it wasn't working and that she wanted something else altogether. "You know what feels better than buying £300 of French clothes?," says Puttergill."- Having a really open, honest, vulnerable conversation & finding that the other person is really listening to you. What about walking in the park when autumn is around the corner & there is a bite in the air and the leaves are just turning? What about reading a book where you get so engrossed in it that you don’t notice the time & suddenly you’ve been reading for 2 hours non-stop."

Puttergill quit JPM in June 2020. She's now spending her time "unwinding an identity" that she says was entrenched in an "obsession with achieving to prove worth."

"I never planned to go into finance, just like I never planned to quit a job with nothing to go to at 31 in the middle of a pandemic," says Puttergill. "But I have this everlasting spring of trust deep inside me that everything is working out exactly as it should & that I’m exactly where I need to be."

Photo by John T on Unsplash