A day in the life of an oil analyst 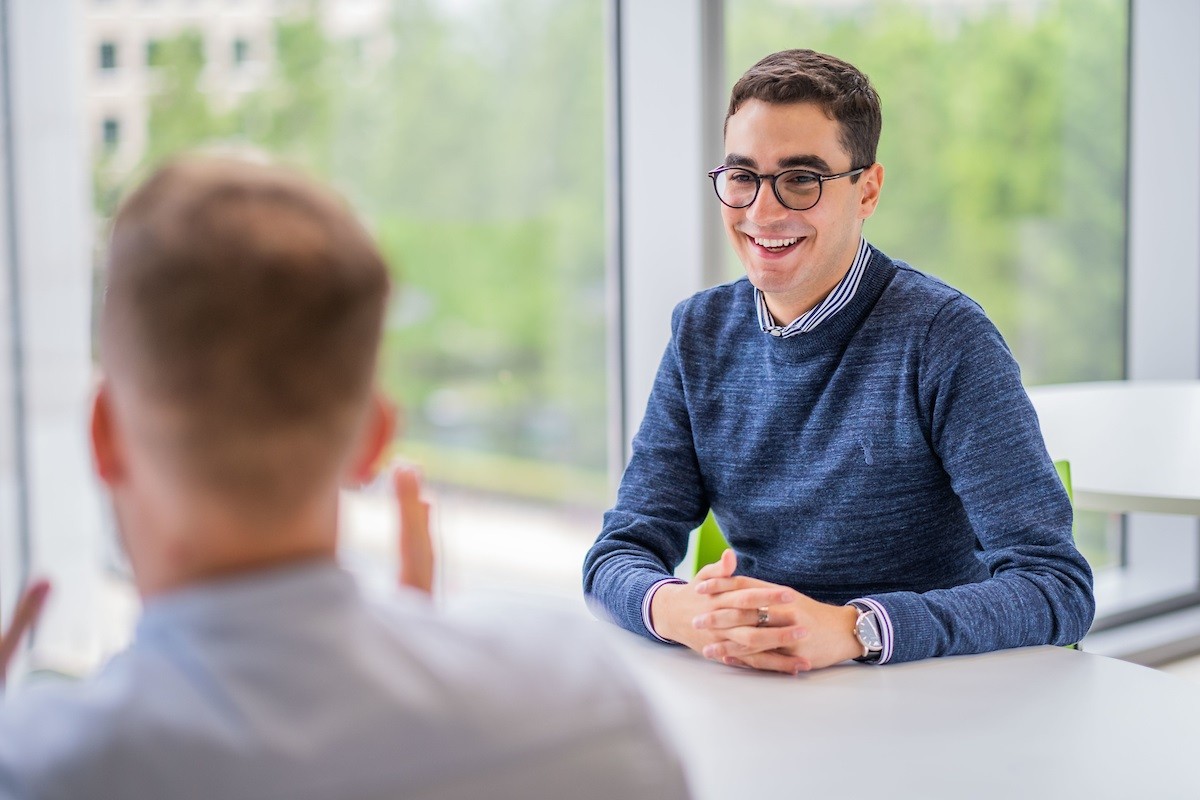 Mo Benmakhlouf is a Crude Exposure Analyst in bp’s Canary Wharf, London office. Prior to joining bp’s three-year, rotational Trader Development Programme, he completed an internship in its European Gas and Power team. He studied engineering at the Ecole centrale de Lyon in France and then completed a masters in applied and computational mathematics at KTH Royal Institute of Technology in Sweden. This is what an average day in his life looks like.

5:00AM: I’m an early riser so I’m up at five and usually get some exercise in before heading to the Canary Wharf office at quarter-to-eight. We’re doing hybrid work at the moment so I’m in Tuesday to Thursday and work from home Monday and Friday.

7:45AM: Usually, I’m the first in from my team. I like to get set up and prepared for the day early. I start running the reports that help us look at risk and exposure with the traders who I’ll be speaking with throughout the day. I work with about 10 traders to help manage their risk and positions and I’m the most junior, but we’re a small team with a flat structure.

9:00AM: We have a team meeting at nine where everyone discusses their own side of the market or the commodity they’re covering. I work on the crude oil desk now where we trade crude cargos globally, but my first rotation was in option trading and then as a product operator in West Africa. Now, I’m more on the risk analysis side after doing both financial engineering and physical commodities roles.

9:45AM: I’ll spend the next hour running analytic and exposure reports. The bulk of the analysis work I’m doing is in Excel, proprietary bp systems and some coding using python. We have a quant team responsible for longer-term, strategic projects, but because I like coding I’ve brought it into my day-to-day to make my work more efficient.

10:45AM: Once I’m done running reports, I’ll have one or two calls with traders where we discuss their positions and any risks or exposures flagged in the reports I spent the morning running.

11:30AM: When I’m not on calls with traders, I’ll finish running any morning reports that I wasn’t able to complete early on.

12:00PM: I often prioritise convenience at lunch. I might have to stay at the desk if there’s a live situation or trade that needs my input, so I’ll generally grab a salad or a sandwich from the onsite café. On a quieter day, I’ll go out and grab something in Canary Wharf or head out with members of my team to pick something up.

1:00PM: Post-lunch I work on different short- or long-term projects. This could be related to a new origination deal with a small producer for example, where bp can bring its financing and trading expertise to market the product. I typically look into the project pricing and optionality, running different scenario plans.

3:00PM: While I do work on longer-term projects, I receive many short-term requests throughout the day from traders. We often speak on instant messenger and sometimes I’ve only got 15 minutes to put the work together and make a decision about a trade. Of course, it can be stressful, but this high-paced, rapid-decision-making work is what hooked me when I was on a physical commodities team during my internship with bp.

4:00PM: If it’s a quieter afternoon, I’ll walk around the floor and talk to other traders and teams. Towards the end of the day, I’ll check everything has been done from my side and conclude any open work with the traders. Double and triple checking is part of the job and I don’t want to be going home when there are outstanding tasks that could escalate overnight.

5:00PM-7:00PM: My team generally leave between five and seven. If it’s a Thursday, I’ll head out for drinks with colleagues or friends. Bp hosts several socials and events during the year, so I’ll attend one if it’s on. The last one I went to was senior management and junior traders getting pizza together. I’m also a keen cook and baker in the evenings.